A Spirituality of Nature and the Universe

Do you feel a deep sense of peace, belonging, and gratitude in Nature? Are you blown away by a clear night sky filled with stars and galaxies? Do you say things like “Forests are my cathedrals” or “The Universe is my ‘higher power’ “? Then you may well be a scientific pantheist. Scientific pantheism focuses on saving the planet rather than ‘saving’ souls. It respects the rights of humans, and also of all living beings. It encourages you to make the most and best of your one life here. It values reason and the scientific method over adherence to ancient scriptures.
Over 230,000 people have taken our popular quizzes. Try the latest – takes three minutes:- Are you Atheist, Agnostic, Pagan, Deist, Pantheist or What?

We relate closely to some of the central challenges of our era. At a time when the balance of our Earth is under unprecedented threat, scientific pantheism is one of the few forms of spirituality in which Nature plays a central part. For us, Nature is a source of peace, solace, joy and beauty, as well as the focus for our gratitude, love, care and vigilance. Nature was not created for us to use or abuse. Nature created us, we are an inseparable part of her. We have a duty to live sustainably, to care for Nature and to halt and reverse the harm that humans have done to her.

Scientific pantheism is the only form of spirituality we know of which fully embraces science as part of the human exploration of Earth and Cosmos. We wonder at the picture of a vast, creative and often violent Universe revealed by the Hubble Space Telescope. We regard stargazing as a spiritual practice. We oppose climate change denial and evolution denial, especially in education.

Scientific pantheism has a joyous affirmative approach to life. It has a healthy and positive attitude to sex and life in the body. We won’t tell you what you should be smoking or doing in the bedroom. We fully accept We fully accept gender and sexual diversity, and we oppose all forms of discrimination.

Scientific pantheism moves beyond “God” and defines itself by positives. Atheism and Agnosticism both define themselves negatively, in relation to a “God” that they deny or doubt. These are useful starting points – but they don’t take us very far. Most people also need positive beliefs and feelings about their place in Nature and the wider Universe. Scientific pantheists take Nature and the Universe as our start and finish point, not some preconceived idea of “God.” We do not believe in a supernatural creator god who watches or judges us. Most scientific pantheists avoid god-language or religious words like church, worship, divinity and so on. We regard them as misleading in relation to pantheism. Those of us who do like to use these words, use them metaphorically, as a way of expressing their deep feelings of reverence, gratitude and belonging towards Nature and the wider Universe. 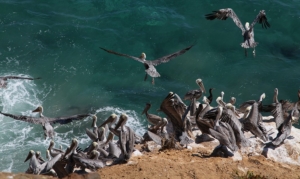 Our beliefs and values are summarized in our Principles of Scientific Pantheism. The statement was drawn up by fallible humans. It is not required dogma –  it is simply a notice on our door, to show what we are about so people can decide if it suits them or if they want to learn more. These are the key elements:

Spiritual but not religious

Many people feel the need to belong to a religious community. Research shows that such groups provide mutual support and friends and are good for physical and mental health. There’s no good reason why groups of like-minded non-theistic folk should not enjoy similar benefits.

In the WPM we are spiritual but not religious. By spiritual we don’t mean spiritualistic. We are not talking about a spirit or soul separate from our body. We mean that whole complex of deep feelings, values and beliefs that inspire our core sense of place in human society, Nature and Universe.
We are not religious in the sense that we don’t have churches, priests, or prescribed dogma and rituals. But we do aim to provide a “home base” for people who have deep feelings for Nature and the Universe and who do not believe in supernatural entities.

Two of the major benefits our members and friends say they value are gaining new like-minded friends and finding a place where they can share their enthusiasms without fear of being ostracized or feeling isolated. There have been many local meetings of members across the USA and in other parts of the world, where people have found a rare level of fellowship and stimulation. 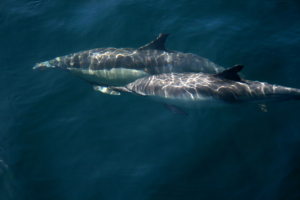 The WPM’s short term goals are to:

In the longer term, as resources permit, we hope to:

If you would like to help promote these goals, please consider becoming a WPM member. Volunteering is another great way of supporting the WPM.

We use the name pantheism because the term encompasses a long and venerable history dating back to Heraclitus and Marcus Aurelius and extending to Einstein, D. H. Lawrence and beyond.

Our beliefs (see the Statement of Principles) are entirely compatible with atheism, humanism, agnosticism, and symbolic paganism (viewing magic, gods and spirits as symbols rather than objective realities). We offer a home to all forms of naturalistic spirituality however you may choose to label it. Other paths that approximate include philosophical Taoism, modern Stoicism, Western forms of Buddhism that celebrate Nature and daily life without supernatural beliefs, and Unitarian Universalists who do not believe in supernatural beings.

You are free to adopt the terms and practices you prefer and draw on other traditions for inspiration or celebration. Some call this a religion (a positive one), while others call it a philosophy, a way of life, or a form of general spirituality. It’s up to you.

Please explore our pages. If you have any questions, please contact us