A history of pantheism and scientific pantheism by Paul Harrison.
Are you a pantheist? Find out now at the Scientific Pantheism site.

God is one, that is, only one substance can be granted in the universe. Whatsoever is, is in God, and without God nothing can be, or be conceived. 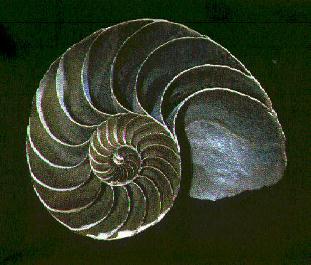 Spinoza was born in Amsterdam in 1632, into a family of Jewish emigrants fleeing persecution in Portugal. He was trained in Talmudic scholarship, but his views soon took unconventional directions which the Jewish community - fearing renewed persecution on charges of atheism - tried to discourage. Spinoza was offered 1000 florins to keep quiet about his views, but refused. At the age of 24, he was summoned before a rabbinical court, and solemnly excommunicated.

Spinoza refused all rewards and honours, and gave away to his sister his share of his father's inheritance - keeping only a bedstead for himself. He earned his living as a humble lens-grinder. He died, in February 1677, of consumption, probably aggravated by fine glass dust inhaled at his workbench.

His philosophy is summarized in the Ethics, a very abstract work, which openly expresses none of the love of nature that might be expected from someone who identified God with nature. And Spinoza's starting point is not nature or the cosmos, but a purely theoretical definition of God. The work then proceeds to prove its conclusions by a method modelled on geometry, through rigorous definitions, axioms, propositions and corollaries. No doubt in this way Spinoza hoped to build his philosophy on the solidest rock, but the method, as well as some of the arguments and definitions, are often unconvincing.

Spinoza believed that everything that exists is God. However, he did not hold the converse view that God is no more than the sum of what exists. God had infinite qualities, of which we can perceive only two, thought and extension. Hence God must also exist in dimensions far beyond those of the visible world.

Significantly, Spinoza titled his chief work The Ethics. He derived an ethic by deduction from fundamental principles, and so his ethics were closely linked to his view of "God or nature" as everything. The highest good, he asserted, was knowledge of God, which was capable of bringing freedom from tyranny by the passions, freedom from fear, resignation to destiny, and true blessedness.

At first Spinoza was reviled as an atheist - and certainly, his God is not the conventional Judo-Christian God. The philosophers of the enlightenment ridiculed his methods - not without some grounds. The romantics, attracted by his identification of God with Nature, rescued him from oblivion.

Selected statements from the Ethics

All quotes are from Spinoza, Ethics, translated by R. H. Elwes.

Nothing exists but God

God is one, that is, only one substance can be granted in the universe. [I.14]

Whatsoever is, is in God, and without God nothing can be, or be conceived. {I.15]

God is the indwelling and not the transient cause of all things. All things which are, are in God. Besides God there can be no substance, that is, nothing in itself external to God. [I.17]

God is the force preserving things in existence

Individual things are expressions of the attributes of God

There is no evil

The perfection of things is to be reckoned only from their own nature and power; things are not more or less perfect, according as they delight or offend human senses, or according as they are serviceable or repugnant to mankind. [i. Appendix]

Knowledge of God is the highest good

The human mind has ideas from which it perceives itself and its own body and external bodies as actually existing; therefore it has an adequate knowledge of the eternal and infinite essence of God. [ii.47]

Our highest happiness is in … the knowledge of god … We may thus clearly understand how far astray from a true estimate of virtue are those who expect to be decorated by God with high rewards for their virtue … ; as if virtue and the service of God were not in itself happiness and perfect freedom. [ii.49]

Learning to see God in all things

The mind can bring it about, that all bodily modifications or images of things may be referred to the idea of God. [v.14]

Our mind, in so far as it knows itself and the body under the form of eternity, has to that extent necessarily a knowledge of God, and knows that it is in God, and is conceived through God. [v.30]

The wise man … is scarcely at all disturbed in spirit, but, being conscious of himself, and of God, and of things, by a certain eternal necessity, never ceases to be, but always possesses true acquiescence of his spirit. [v.52]

The mind has greater power over the emotions and is less subject thereto, in so far as it understands all things as necessary. Proof: The mind understands all things to be necessary and to be determined to existence and operation by an infinite chain of causes, therefore … it thus far brings it about, that it is less subject to the emotions arising therefrom, and feels less emotion towards the things themselves. [v.6]

Nature does not work with an end in view

God is indifferent to individuals

God is without passions, neither is he affected by any emotion of pleasure or pain . . . Strictly speaking, God does not love anyone. [V.17]

He who loves God cannot endeavour that God should love him in return. [V.19]

ARE YOU ATTRACTED BY SPINOZA'S IDEAS?
THEN YOU MAY WELL BE ATTRACTED TO SCIENTIFIC PANTHEISM.

SCIENTIFIC PANTHEISM reveres the universe and nature.
It fuses religion and science, and concern for humans with concern for nature.
It provides the most realistic concept of life after death,
and the most solid basis for environmental ethics.
It is a religion that requires no faith other than common sense,
no revelation other than open eyes and a mind open to evidence,
no guru other than your own self.