Come to me, said the Sea. 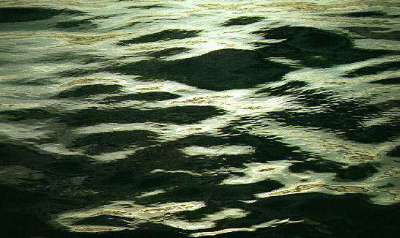 I had not been to the beach for several years. On this September day, as a rookie oceanography student, I came to the beach with little bottles and my oceanography text with diagrams in tow, ready to have a whole new look at this geologic feature.

As I made my way toward the wooden staircase leading to the beach, the sound of the waves crashing was carried up and over the ridge,   like an old friend calling a greeting. I stood at the top of the stairs which led to the sand, surveying the vastness of the Pacific, and as I absorbed its hugeness and beauty, its antiquity and power, a conversation began.

Come to me, Julie,

said the Sea. You’ve been away far too long.

I’ll be down soon,

I answered, aloof at first. I want to go up the cliffside first, to have a look at you. I had come, after all, on a scientific quest.

And what do you see from there?

called the Sea, after I had climbed the trail leading to the cliff=s edge.

Aye, I can see your rip-tides! I can see the muddy streams heading outwards, at depressions in your waterline. And I see the game you play with the sea birds: how they like to walk down towards you and turn their backs to you, and wait for you to sweep them up and push them back up onto the land.

I love to play. Come down from there now, and play with me.

I was dressed in jeans and a sleeveless t-shirt, and had not planned on swimming. I was there to observe, mostly for rip tides, and to look for features I had never noticed before. Yet while my scientific curiosity and academic enthusiasm were what had brought me to the beach that day, something else inside me was now opening up and taking over. When I reached the sandy beach, I pulled off my sandals and stepped into the water. The Sea reached out and surrounded me, its foam tickling my ankles.

Within moments I was up to mid-thigh in the water, feeling the floor with my toes and soles of my feet, looking for animals and plants and land features I never noticed when I was a child upon a towel, dusting sand off the rim of my Pepsi can.

You belong to me, did you know?

mused the Sea after some time. Everything that became what you are came from me. I am your beginning and I am within you now; I cleanse your tissues and organs; I am the tears you shed. I have cradled the children you carried within you. I placed my hands in the water, to commune with this place of my origins.

offered the Sea, wrapping a length of weed around my ankle. I disentangled it and looked at its waxy leaves and spherical buoy-like appendages, and dropped it back into the water. I’ve seen that before, said I with a smile. I pulled out my little bottles and took a few samples. What else can you show me?

The Sea rolled back to offer just a hint of a dark area under its surface, some yards out from where I stood. Curious, I ventured out and found a pair of large rocks, their windsides covered with anemones and barnacles. I was now up to my waist, and had to hike my backpack up a little to protect the books and extra clothes I carried within it. I saw different communities of barnacles of different sizes and colors, and noticed how one group was lower than another, how they had agreed upon boundaries yet crept across them here and there when they saw an opportunity. I took out a pencil and tickled the anemones. The Sea moved in to recover its secret. This is fantastic! I gasped. What else?

I sloshed closer to shore, looking down into the water all the while. I was back to knee-depth, and continued for a half-mile down the coastline in this manner, always looking down into the water, oblivious of the dozens of people on the sand. Once in a while I would spot some color, perhaps from a stone or a shell, but when I would reach for it, the Sea would obliterate it under the moving sand or simply whisk it away. That’s mine! the Sea giggled. Try again! We played this game for well over two hours, my goal to capture an object, the Sea’s goal to mercilessly tease me with it and sweep it away. I am far bigger, wiser, and stronger than you, tempted the Sea. If you win ,it will be by my choosing.

I won only a few rounds, intercepting a fragment of what looked like a red sea fan, and a crab shell. The Sea won the tournament soundly, always receding to expose some little aspect of itself – a curious depression in the sand here, another barnacle-coated rock there, a misdirected fish now and again – only to rush in and recover its treasure before I could move in close enough to get a decent look.

Down the coastline a ways I reached a large outcropping of rock which would have filled my house had I found a way to tow it home. I was still in the water, and was recalling how the sea erodes the floor on which such immovable objects rest. I proceeded with caution, and my very next step defined the boundary. I was instantly treading water, and my backpack was drenched. The Sea reached up with a wavelet and lightly smacked my cheek. Gotcha! the Sea chortled, and drew away.

I sputtered and groped my way to dry land, and emptied my pack. My oceanography text was dripping. Ye have now been baptized, I announced to my book, and thought it only fitting.

My afternoon was ending, and I made my way back up the beach exactly the way I had come: up to mid-thigh in the water, always looking down. The tide was moving in now and the little mysteries I had glimpsed before, those barnacle-covered rocks which provided homes for countless anemones and crabs, were now completely submerged and imperceptible to the late-afternoon visitors. But I knew they were there.

Before I finally left the water, I turned back to the horizon once more to imprint upon my memory the image of this body, so old, so immense, so mysterious, so vital to the existence of all living things on this planet. I did not know when I would be back. I took a moment to watch a flock of pelicans glide their way up the coast, dipping and rising with the waves and somehow always maintaining a constant altitude above the ocean surface. The exhilaration and awe had taken my breath away, and I was seeking out some way to make that stay with me.

Have you anything more to tell me?

I asked. Do you have anything else to teach me today? A metaphor to carry home with me? A small mystery revealed? An analogy to help me through my daily troubles?

said the Sea softly to me, Have some seaweed. 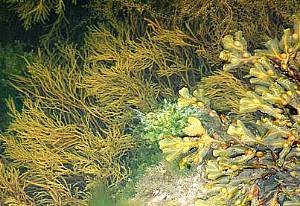 Eighty miles per hour on the highway? Pshaw! My hotrod would leave you in the dust any day.

It’s pretty old and it’s got no roof, but that only means it’s well-seasoned and I have an unobstructed view (and free air conditioning!). It can still do one radical spin every day, and the driver’s seat automatically adjusts without so much as pushing a button. With just a little daily maintenance, it coasts along just as smooth as the day it rolled off the assembly line.

Its interior design accommodates me perfectly – everything I need is right there – and talk about your extras! Great sound system, perfect climate control, the color schemes are very pleasing to the eye, and it even comes with its own cleaning system that keeps up just fine as long as I don’t get to tossing my Dr. Pepper cans all over the place.

It has a solar-powered, soundless engine that takes me up to speeds averaging 29.97 kilometers per second. I put an average of 300,000,000 miles on it per year, and thing runs just great. And the places I’ve gone in this baby, the sights I’ve seen…I’ll never trade this one in; it means too much to me now. Seating accommodates billions, so you’re welcome to come with me anytime for a cruise.

I speak, of course, of the Model Sol-P3, also known as Planet Earth.
What a ride! 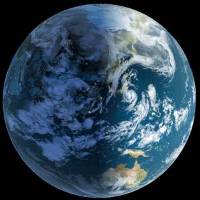