I am nothing! I see all; the currents of the Universal Being circulate through me; I am part or parcel of God.

Born in 1803, Emerson began his working life as a Unitarian preacher. Early widowhood plunged him into an exploration of alternative spiritual faiths, and he resigned his ministry in 1832. After visiting the Romantic writers in England, he returned to a career of public lecturing, essay-writing and poetry. His essays are among the most brilliantly lucid, flowing and alive in the English language.

Emerson had an ambivalent viewpoint towards nature. He had a powerful and passionate delight in real concrete natural things: woods and sunsets and warm days and melons. Emotionally and practically, his position appears to be one of pantheistic nature-worship.

But he was also a Platonist: he believed that the outward world was only appearance or dream, and had no real substance. It was the manifestation of the spiritual world, the solidified thoughts of God.

Emerson’s `proofs’ of this were, frankly, risible. Look at the world through your legs, he said, and it seems upside down; ride in a coach, and passers-by look like a fleeting puppet show. It follows – according to Emerson – that the world is an unstable spectacle, while the mind alone is stable. It did not occur to him that things were the other way round: perception and the human mind were more unstable than the real world. 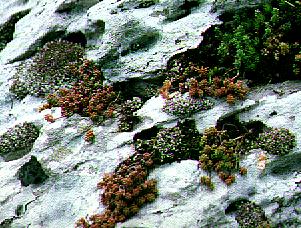 The foregoing generations beheld God face to face; we, through their eyes. Why should not we also enjoy an original relation to the universe? Why should not we have &ellips; a religion by revelation to us, and not the history of theirs? Embosomed for a season in nature, whose floods of life stream around and through us, and invite us by the powers they supply, to action proportioned to nature, why should we grope among the dry bones of the past? [Nature]

The perpetual presence of the sublime

One might think the atmosphere was made transparent with this design, to give man, in the heavenly bodies, the perpetual presence of the sublime… If the stars should appear one night in a thousand years, how would men believe and adore; and preserve for many generations the remembrance of the City of God which had been shown! . . But all natural objects make a kindred impression, when the mind is open to their influence. [Nature, 1836].

In the presence of nature a wild delight runs through the man, in spite of real sorrows. Nature says, – he is my creature, and maugre all his impertinent griefs, he shall be glad with me. [Nature, 1836].

The currents of the Universal Being.

In the woods, we return to reason and faith. There I feel that nothing can befall me in life – no disgrace, no calamity (leaving me my eyes), which nature cannot repair. Standing on the bare ground – my head bathed by the blithe air and uplifted into infinite space – all mean egotism vanishes. I become a transparent eye-ball; I am nothing! I see all; the currents of the Universal Being circulate through me; I am part or parcel of God. [Nature, 1836].

A leaf, a drop, a crystal, a moment of time is related to the whole, and partakes of the perfection of the whole. Each particle is a microcosm, and faithfully renders the likeness of the world… . So intimate is this Unity, that, it is easily seen, it lies under the undermost garment of nature, and betrays its source in the Universal Spirit… It is like a great circle on a sphere, comprising all possible circles; which, however, may be drawn, and comprise it, in like manner. [Nature, 1836].

Ideas in the mind of God.

There seems to be a necessity in spirit to manifest itself in material forms; and day and night, river and storm, beast and bird, acid and alkali, pre-exist in necessary Ideas in the mind of God … The visible creation is the terminus or the circumference of the invisible world.

Intellectual science has been observed to beget invariably a double of the existence of matter… It fastens the attention upon immortal necessary uncreated natures, that is, upon Ideas; and in their presence, we fell that the outward circumstance is a dream and a shade.

Nature . . always speaks of Spirit. It suggests the absolute. It is a perpetual effect. It is a great shadow always pointing to the sun behind us… The noblest ministry of nature is to stand as the apparition of God. It is the organ through which the universal spirit speaks to the individual and strives to lead back the individual to it… Idealism saith; matter is a phenomenon, not a substance.

PANTHEISM
is a profound feeling of reverence for Nature and the wider Universe
It fuses religion and science, and concern for humans with concern for nature.
It provides the most solid basis for environmental ethics.
It is a religion that requires no faith other than common sense,
no revelation other than open eyes and a mind open to evidence,
no guru other than your own self.
For an outline, see Basic principles of scientific pantheism.
Find out more
Top.