Nature is none other than God in things. Whence all of God is in all things.
Think thus, of the sun in the crocus, in the narcissus,
in the heliotrope, in the rooster, in the lion. 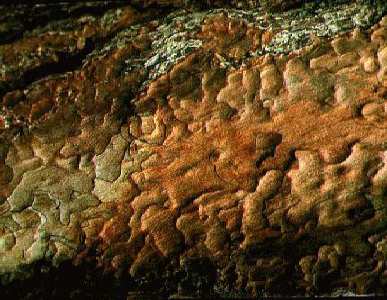 Bruno was one of the first writers to revive the ideas of the ancient materialists. From the great Roman poet Lucretius Bruno took two of his central ideas: an infinite universe with infinite worlds, and matter that was made up of discrete atoms combining in different ways to make up all the diversity we see. Copernicus was another crucial influence. From him Bruno took the evidence that proved that the earth was not the centre of the universe.

But Bruno went much further than either of his mentors. Copernicus still viewed the sun as the centre of the universe, and retained much of the Ptolemaic scheme. The planets moved in circular motion on concentric spheres around the sun, while the stars sat on a motionless sphere. Bruno was one of the first moderns to assert that there must be an infinite number of worlds, many of them possibly inhabited like ours, and an infinite universe could have no centre. He even anticipated relativity, claiming that in an infinite universe there could be no privileged places, and that direction, motion and even weight were relative to the observer.

Lucretius saw a universe of atoms in continual motion through the Void. Bruno accepted the fact of eternal motion and change, but beneath this saw a more cohesive unity in which eternal matter and eternal spirit were both expressions of one underlying substance which was divine.

For Bruno the universe was God, and God was the universe. Divinity revealed itself through individual things, and all things were infused with divinity: “All is in all things.” Therefore every individual thing had something of the whole within itself, and everything interpenetrated with everything else: “Each thing is within every other.” In this insight Bruno was a precursor of Leibniz (who may have known his work) and of New Age interpretations of quantum mechanics.

Bruno was a panpsychic rather than a materialist pantheist. He recognized matter and spirit (or corporeal and incorporeal substance) as separate substances, though both were aspects of one underlying substance. Everything was infused with soul. The spirit of God animated and informed each thing, and harmonized everything into a single universal whole.

Bruno’s influence on subsequent pantheists was immense. There is no record of Spinoza being familiar with his work, and Spinoza’s pantheism was of a quite different and more abstract kind. But John Toland the inventor of the word pantheist knew Bruno’s work, drew deeply on it, and spread it wherever he travelled. Bruno was also well known to Coleridge, to Goethe (he figures in Faust) and to the great German pantheist idealist, Schelling.

Ultimate Unity: the universe is one, eternal, incorruptible.

The one infinite is perfect, in simplicity, of itself, absolutely, nor can aught be greater or better, This is the one Whole, God, universal Nature, occupying all space, of whom naught but infinity can give the perfect image or semblance. [De Immenso ii.12, Singer p61].

The Universe is one, infinite, immobile. The absolute potential is one, the act is one, the form or soul is one, the material or body is one, the thing is one, the being in one, one is the maximum and the best … It is not generated, because there is no other being it could desire or hope for. since it comprises all being. It does not grow corrupt. because there is nothing else into which it could change, given that it is itself all things. It cannot diminish or grow, since it is infinite. [De la Causa, Principio e Uno, v, trs Harrison]

God is in all things.

There is one simple Divinity found in all things, once fecund nature, preserving mother of the universe in so far as she diversely communicates herself, casts her light into diverse subjects, and assumes various names. [Expulsion p 238]

For nature is not merely present, but is implanted within things, distant from none . . And while the outer face of things changeth so greatly, there flourisheth the origin of being more intimately within all things that they themselves. The fount of all kinds, Mind, God, Being, One, Truth, Destiny, Reason, Order. [De Immenso viii.10, c. Singer p 90]

Nature is God in things.

Animals and plants are living effects of Nature; this Nature … is none other than God in things … Whence all of God is in all things … Think thus, of the sun in the crocus, in the narcissus, in the heliotrope, in the rooster, in the lion… . To the extent that one communicates with Nature, so one ascends to Divinity through Nature. [Expulsion pp 235-6]

Those wise men knew God to be in things, and Divinity to be latent in Nature, working and glowing differently in different subjects and succeeding through diverse physical forms, in certain arrangements, in making them participants in her, I say, in her being, in her life and intellect. [Expulsion p 237]

Diversity is simply the face of an underlying unity

This whole which is visible in different ways in bodies, as far as formation, constitution, appearance, colours and other properties and common qualities, is none other than the diverse face of the same substance – a changeable, mobile, face, subject to decay, of an immobile, permanent and eternal being. [De la Causa. v, trs Harrison]

Everything that makes diversity of kinds, of species. differences, properties, everything that consists in generation, decay, alteration and change, is not an entity, but condition and circumstances of entity and being, which is one, infinite, immobile, subject, matter, life, soul, truth and good. [De la Causa, v trs Harrison]

Interpenetration: All things are in all

Ultimately it is divinely true that contraries are within contraries, wherefore it is not difficult to understand that each thing is within every other. [De Infinito Universo e Mondi, v, Singer p 84]

All things are in the universe, and the universe is in all things: we in it, and it in us: and in this way everything concurs in a perfect unity. (Cause v 218)

It is manifest … that every soul and spirit hath a certain continuity with the spirit of the universe, so that it must be understood to exist and to be included not only there where it liveth and feeleth, but it is also by its essence and substance diffused throughout immensity… The power of each soul is itself somehow present afar in the universe . . Naught is mixed, yet is there some presence.

Anything we take in the universe, because it has in itself that which is All in All, includes in its own way the entire soul of the world, which is entirely in any part of it. [De la Causa, v trs Harrison]

God is the soul or intellect of the world, harmonizing all.

Thus the single spirit doth simultaneously temper the whole together; this is the single soul of all things; all are filled with God. [De Immenso iv.9, Singer p90]

If he is not Nature herself, he is certainly the nature of Nature, and is the soul of the Soul of the world, if he is not the soul herself. [Expulsion p 240]

The universal Intellect is the intimate, most real, peculiar and powerful part of the soul of the world. This is the single whole which filleth the whole, illumineth the universe and directeth nature to the production of natural things, as our intellect with the congruous production of natural kinds. [De la Causa, Principio e Uno, ii, Singer p 89]

Was Bruno a panentheist?

Before anything else the One must exist eternally; from his power derives everything that always is or will ever be. He is the Eternal and embraces all times. He knows profoundly all events and He himself is everything. He creates everything beyond any beginning of time and beyond any limit of place and space. He is not subject to any numerical law, or to any law of measure or order. He himself is law, number, measure, limit without limit, end without end, act without form.
[De Immenso viii.2, cited in Mendoza p 148]

It is then unnecessary to investigate whether there be beyond the heaven Space, Void or Time. For there is a single general space, a single vast immensity which we may freely call Void; in it are innumerable globes like this one on which we live and grow. This space we declare to be infinite, since neither reason, convenience, possibility, sense-perception nor nature assign to it a limit. In it are an infinity of worlds of the same kind as out own. [De Infinito Universo e Mondi, v, Singer p 59]

To a body of infinite size there can be ascribed neither centre nor boundary … Thus the Earth no more than any other world is at the centre. [De Infinito Universo e Mondi, ii 40-41 Singer p 58.]

There is one material substance underlying all changing individual forms.

Of the eternal corporeal substance (which is not producible ex nihilo, nor reducible ad nihilum, but rarefiable, condensable, formable, arrangeable, and “fashionable”) the composition is dissolved, the complexion is changed, the figure is modified, the being is altered, the fortune is varied, only the elements remaining what they are in substance, that same principle persevering which was always the one material principle, which is the true substance of things. eternal, ingenerable and incorruptible. [Expulsion p 75.]

Thus is the infinity of All every bringing forth anew, and even as infinite space is around us, so is infinite potentiality, capacity, reception, malleability, matter. Immenso i.1 (Singer 75)

We find that everything that makes up difference and number is pure accident, pure show, pure constitution. Every production, of whatever kind, is an alteration, but the substance remains always the same, because it is only one, one divine immortal being. (Cause v (218)

Death is simply a change of aspect.

When we consider the being and substance of that universe in which we are immutably set, we shall discover that neither we ourselves nor any substance doth suffer death. for nothing is in fact diminished in its substance, but all things, wandering through infinite space, undergo change of aspect. [De Infinito, Introductory Epistle, Singer p 72]

Of the eternal incorporeal substance nothing is changed, is formed or deformed, but there always remains only that thing which cannot be a subject of dissolution, since it is not possible that it be a subject of composition, and therefore, either of itself or by accident, it cannot be said to die. [Expulsion p 76]

PANTHEISM
is a profound feeling of reverence for Nature and the wider Universe
It fuses religion and science, and concern for humans with concern for nature.
It provides the most solid basis for environmental ethics.
It is a religion that requires no faith other than common sense,
no revelation other than open eyes and a mind open to evidence,
no guru other than your own self.
For an outline, see Basic principles of scientific pantheism.

If you would like to spread this message please include a link to Scientific Pantheism in your pages and consult the Help page.